3D Printing Experts will discuss what is 3D printing technology, its applications and use, how to start and do 3D printing, its tips and tricks, and business opportunities where one can generate additional income on technology. There will be some hands on demo for greater appreciation of the 3D printing art and science.

Dr. Lee Riley hails from Arizona, USA and holds Masters degree in Genetic Engineering from Arizona State University and a PhD. in Robotic and Automation Systems Engineering from The Sichuan University in China. Dr. Lee has 5 years experience in the nano robotic industry working for Accuray designing medical nano-robots for cancer treatments. He worked for 6 years in Fanuc Engineering while designing and overseeing installations of factory robotic installations all over the world.

Dr. Lee learned 3D Printing in 2004 and became active when he needed to make his own prosthetic legs in 2006 which is a year after losing his leg due to cancer in 2005. He made prosthetic legs for amputees in India, Thailand, and now in the Philippines. After attaining success, he decided to open shop and named it ‘GetWalking3D’.

Dr. Lee makes 3D printed toys, plastic parts, models, molds and prototypes but with the introduction of stronger materials he was able to perfect the quality of affordable prosthetic legs. He has numerous customers and less privileged benefactors who are thankful for his 3D Printed prosthetic legs. The conventional above knee prosthetic leg usually costs PHP 60,000 per leg but his version is just half of that cost but the quality is the same if not better. 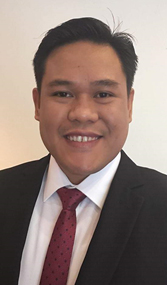 Inocencio (Jon^2) S. Pascua III is a technical person that has worn many hats in the IT industry for almost 16 years. A Microsoft Certified Trainer, Software Developer and Database Administrator who has worked with big brands as a Microsoft trainer, as software architect for Trend Micro, and as a regional production support lead for Credit Suisse’s International Wealth Management division. He is currently the CTO and Director of Tech Fidelity which is a digital consultancy and digital marketing agency which aims to provide technology solutions for business.

Currently, he is doing research and development for 3D printing modelling and applications. He is expanding his business into the 3D Printing market for both sales and printing services. One of his passions is raise the awareness of the Filipinos on 3D printing – its along capabilities, strengths and limitations. He coaches entrepreneurs when they need advice regarding how to start a 3D printing business. 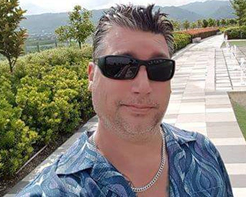 Chris Blanchard is a graduate of Industrial Engineering Technology from Penn Foster Career School and has earned about 20 plus years as a plant operations leader in Houston, Texas, USA. In the course of his career, he earned a lot of experience and now considered as an Expert in the areas of Production Management, Rapid Prototyping and Additive Manufacturing which are the strong foundation of 3D Printing. In fact, he makes his own machines and he has a robot installed in his residence that is in-charge of creating complex 3D Printing projects.

He has relocated to Talisay Cebu and is running his 3D Printing business as a full-time professional maker. His company named Blanchard B3D Incorporated. He also supplies materials and machine parts to other 3D Printing makers through his online store outlet. He is globally certified e-Nable Prosthetic Hands maker. He makes prosthetic hands with environmental-friendly plastics for kids who lost limbs due to accident or those who were born with incomplete limbs. Some of his work like Baby Groot, LithopHane Lamp Shade and many others can be found in his webpage named www.b3d.ph. 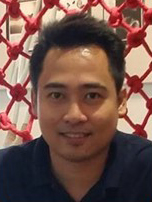 Denz has been into Product Design, Graphic Design, and 3D Modelling and Prototyping since 2008. He has worked as a Project Coordinator in Qatar and Senior 3D artist in Jeddah for a Design Studio in 2010 and 2017.

A former faculty and design instructor for Industrial Design at MAPUA University and School of Design and Arts at De La Salle College of St. Benilde in 2014 to 2016.

He is a graduate of Industrial Design at MAPUA University in 2008 and has a design and construction business since 2013.