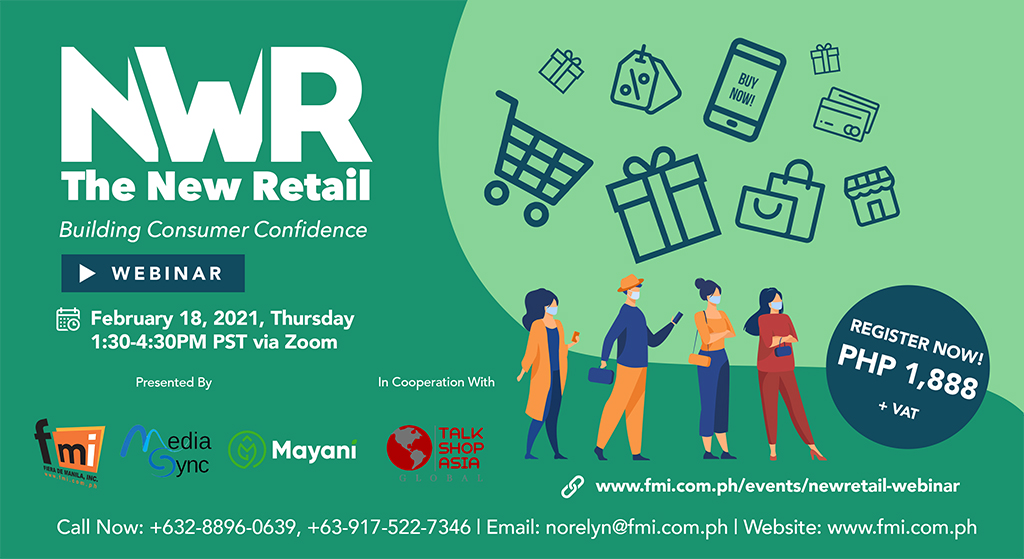 Companies and consumers are counting on better days for 2021 banking on the corona virus vaccine and sustained re-opening of the economy.

Consumer confidence for 2021 is at a positive 25.5%, better than the previous 19.9% as Filipinos expect their lives to return to normal with more jobs, higher incomes, and stable prices of goods.

Businesses are optimistic, but tempered as they see the ill effects of Covid-19 persisting.

The revival of consumer confidence is key to economic recovery, as Filipinos need to earn more and feel safe before they head out to shop, dine, and travel again amidst the pandemic.

This webinar will focus its discussions on how businesses, brands and retail can help in restoring consumer confidence as they build momentum for recovery, rebound and sustainability.

How will businesses and brands strategize their path to recovery and help build consumer confidence?

Listen and learn from Experts, Business Leaders, and Economists on their outlook and perspectives for 2021, innovative ideas for business growth and sustainability, and opportunities/challenges for 2021 as market shifts continue to persist in our VUCA world.

1. The Economic Outlook for 2021: Opportunities and Challenges Ahead for Filipinos

An economic briefing that discusses opportunities and challenges for businesses and brands in 2021. Businesses can leverage on growth areas where opportunities can drive sustainability and innovation.

3. Brand Relevance and Strategies in the VUCA World

Unique ideas and approaches for businesses and brands to pursue their relevance and strategies for 2021 amidst market uncertainties. 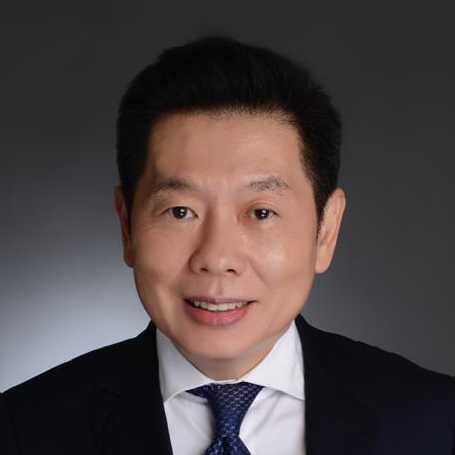 Johnlu is the Chief Executive Officer of The French Baker Inc., and engages its counterparts in APEC countries, such as, Taiwan, Japan, USA, China, Hong Kong, Korea, Malaysia and Singapore.

He is also the Director at TeaBros Inc. (Chatime Philippine Franchisee). He is responsible for business dealings with counterpart in Taiwan for franchise development since 2010.

He is a Resource Speaker to various private and public educational institutions on Corporate Strategy (Business Policy), Entrepreneurial development and Marketing.

A resource speaker and member of the ‘GO NEGOSYO’ movement of the Philippine Center for Entrepreneurial Development Inc., (PCED) since 2005.

He is a member of Management Association of the Philippines. He is a Director for Government Relations at Philippine Baking Industry Inc.

Johnlu is Presidential appointee as a private-sector representative of Design Advisory Council of the Philippines.

He is a contributing Writer of Baking Press – A Baking, Pastry and Confectionery Magazine published by Hinge Inquirer Publications, Manila, Philippines, since 2006.

He founded Technical Baking & Training Center, The French Baker, Inc., Manila, Philippines in 1993. He is Vice-President for External Relations at Philippine Baking Industry Group (PhilBaking), an association of large-scale bakeries in the Philippines.

He was a recipient of Agora Award for 1994 ‘Marketing Company of the Year’, Ten Outstanding Young Men (TOYM) Award of 1996 for Business Management/Entrepreneurship.

Recognized as one of the ‘500 Great Asians of the Early 21st Century’ published by Biblioteque World Wide, Irvine USA.

He has an Honorary Chef Diploma awarded by the Center for Culinary Arts (CCA) Philippines in 2002.

He attended the Teachers-Trainers Program on ‘International Business and Corporate Strategy’ sponsored by the European Economic Council held in INSEAD, Fontainebleau, France, 1986. 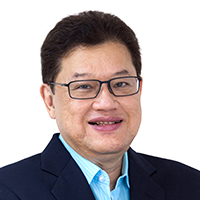 He is currently a Partner at Acumen Brand Strategy Consultants. He works as a part time faculty, teaching Marketing Effectiveness Research, Product Development and Management, and Business Mathematics at University of Asia and the Pacific.

He worked as the Marketing Director at Procter and Gamble Philippines, Inc., and Vice President for Corporate Innovations Group and Head of Market Research at San Miguel PureFoods Company, Inc.

In the Marketing Department, he strengthened P&G’s leadership position in all the major categories handled – laundry, dishwashing, fabric conditioner, diapers, and mentholated rubs.

In the Research and Development Department, he led the Asia Laundry Consumer Understanding program covering China, Japan, India and the Philippines. This team identified key consumer insights that were used to give direction to the technology programs as well as marketing relaunches for the whole of Asia. Asia-wide focus group discussions, applied techniques in psychology like Maslow’s Hierarchy of Needs, behavioral research, and technical consumer modelling to yield both articulated and unarticulated consumer needs.

As Head of Strategic Planning, he led data mining of advertising, customer satisfaction, and rating trends that would lead to optimum sales.

As Vice President of Corporate Innovations Group in San Miguel Purefoods, he led the development of the Innovation strategy of the Food Group (Processed Meats, Butter/Margarine/Oils, Ice Cream, Poultry and Meats, Feeds, Flour and Institutional), covering Regular and Disruptive types of Innovation. 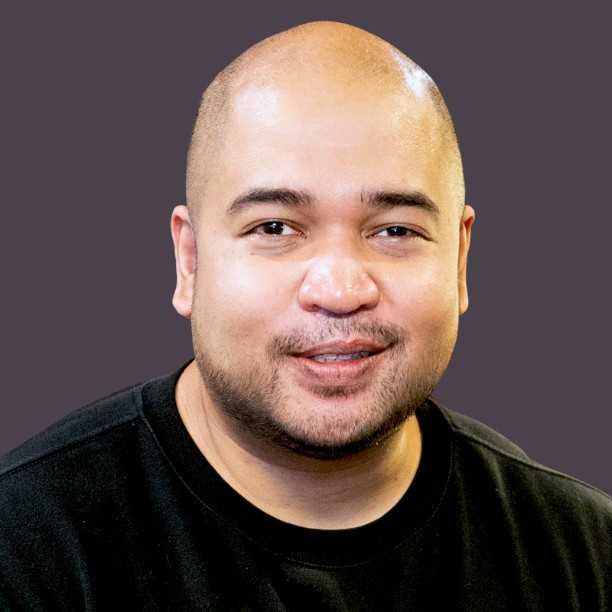 Mark is a regionally-recognized marketing professional and public speaker with 17 years of experience driving some of the world’s most beloved brands across diverse industries, including Samsung, Huawei, Unilever, and Mondelez. He also spent a significant portion of his career as a brand strategist & business leader for McCann Worldgroup Philippines, the country’s largest marketing communications agency.

Today, he is the concurrent Director of Operations & Marketing for Max’s Restaurant and Head of Corporate Communications for Max’s Group Inc. where he continues to build both commercial effectiveness and creative excellence through “work that works”. 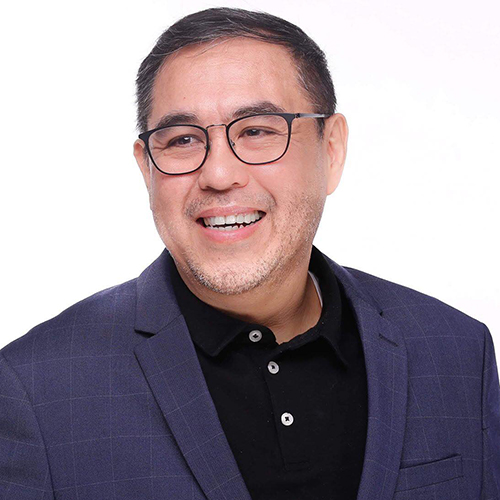 Jorge is a creative serial entrepreneur for more than 32 years, best known for being one of the founders of Potato Corner. Currently the President of JWien Food Corp., proponent of Tokyo Tempura.

He served as president and founding member of the Association of Filipino Franchisors, Inc. (AFFI). Program Director for Entrepreneurship at the Professional Academy for Culinary Education.

He was Faculty and Program Director for Franchise Management, Retail Management and Restaurant Management of Ateneo Center for Continuous Education (CCE).

Jorge is a pioneer and a long-standing GoNegosyo Angelpreneur and Entrepreneurship Speaker.

He served as DTI consultant and mentor. 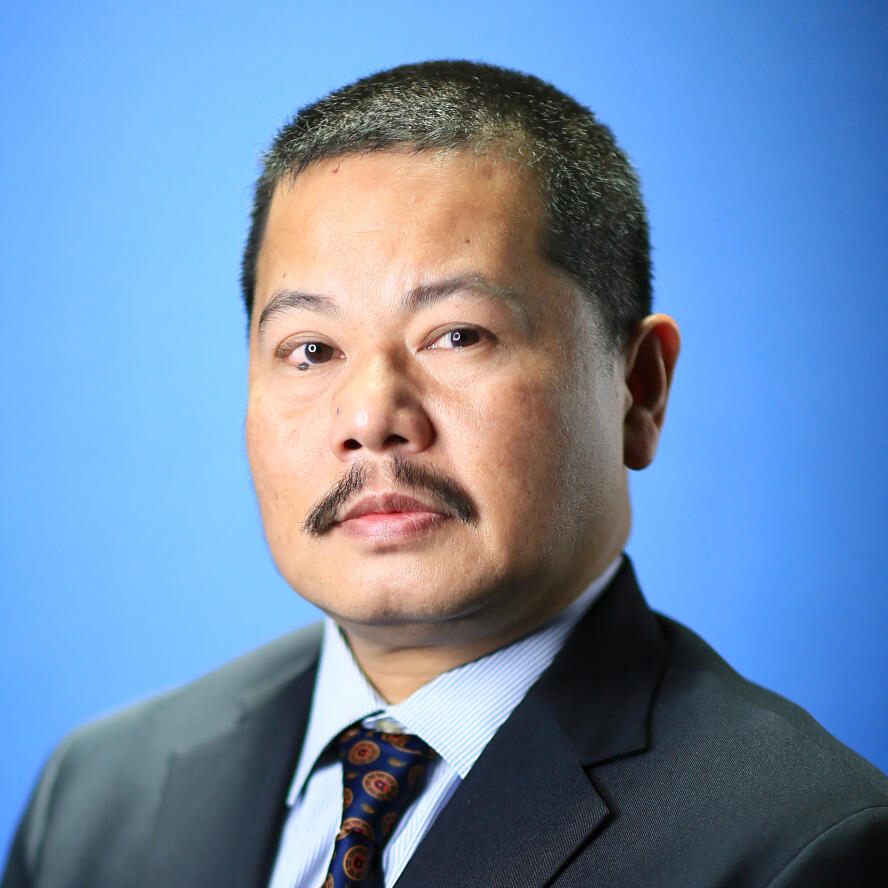 He is a behavioral psychologist and EQ coach.

He has over 18 years experience in corporate, 12 years in the academe, and more than 20 years in public speaking, facilitating, training, consulting, coaching and mentoring.

He took Master’s in Business Administration in Japan, and is a certified Behavioral and Emotional Intelligence Facilitator by New York author, Daniel Goleman.

Ricky is a certified Training Faculty from the Singapore Training Institute and Certified Management and Leadership Facilitator from the European Training and Consultancy Center.

He is a Contributor Writer in Business World, China Business and Philippine Daily Inquirer.

He is a Consultant and Lead Trainor at Philippine Trade Training Center, Department of Trade & Industry.

He is an Adjunct Professor, ASEAN Graduate School in DLSU and Ateneo de Manila University.

He is a member of Association of Foreign Trainers in Asia Pacific and a Facilitator of WTO/NACTAD – Geneva Switzerland.

For Sponsorship and Registration

Upskill your Team’s knowledge and capabilities to meet the requirements of the New Normal. Call us for details.